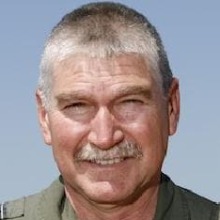 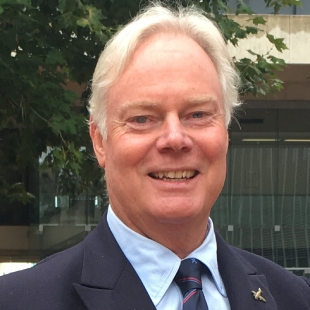 Pilot Officer Cecil Zuber served in the European theatre with 602 SQN (City of Glasgow) flying Spitfire XVIe's specially modified for low level bombing raids against the V1 and V2 menace. Every day for 602 SQN tended to look like a modern airshow piece made famous after the war by Ray Hanna, except it was done during the war, in all weather, against a determined enemy.

Geoff's love of flying naturally followed his father's 25,500+ hour career, holding a Private Pilot Licence for 45 of his 62 years. But it was the computer and corporate world that would become his career. He spent time at Honeywell, Digital Equipment, Microsoft and Cisco, then spent the final twenty years of his working life at Holocentric, an Australian company where Geoff was one of the founding group of owners.

Geoff came to the Spitfire Association through a close association with the late Association President J Lysle Roberts, when the association was at a crossroads. While Lysle understood Geoff's love of the Spitfire through his father's service, he also knew of Geoff's corporate experience shepherding organisations through difficult times. Most importantly, Lysle recognised in Geoff a shared understanding of what was required to keep the spirit alive beyond the last of the Spitfire pilots. In accepting the mantle of the President's position, Geoff is firmly set on continuing our Spitfire Memorial Defence Fellowships and raising further funds to help keep Australia resilient.

Geoff was born and lived in Singapore until 1972 when his parents retired to Australia. He has held various senior executive roles and Board positions in industry and non-profit organisations. Geoff has four daughters and eight grandchildren, and he and his wife Karen live in Canberra. Geoff remains physically active paddling K1 kayaks, cycling and walking. 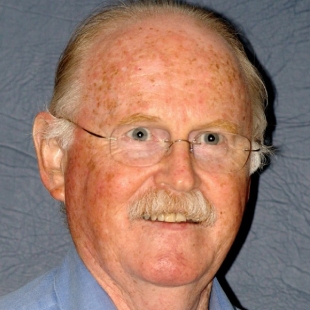 Chris has a background in Administration and Management. He worked in several private and voluntary organisations, before commencing own business in Accounting Software consulting in 2000 to meet the challenge of the introduction of GST.

Chris has maintained an interest in aviation all his life, especially the military kind. He admits an addiction to Aviation and War Bird Magazines. At school in Sydney, Chris joined the Air Training Corps at age 13, experiencing his first Cadet Camp at RAAF Rathmines in 1952. At that time, Rathmines still hosted the Catalina Flying Boat, and cadets were flown on a 10 minute circuit of Lake Macquarie. Chris remained in the AirTC until he was 18.

Chris lives with lovely wife Carole in Windsor NSW. They have lived in the Hawkesbury area for 26 years. 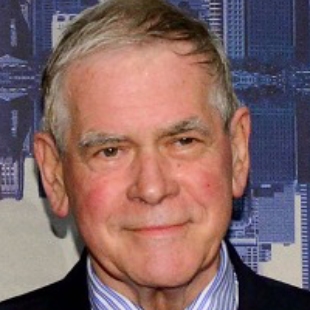 Robert "Bob" Peirce has been a member and Treasurer of the Spitfire Association since 2010.

Now 80 years of age, he is has been a qualified Accountant for the past 54 years and has been a Fellow (FCPA) for 36 of those years. During a long career he has served as 2IC to the managers of many companies and a director of a Community Bank and other companies.

His interest in aviation stretches back to spending time with his step father, Bill Peirce, at RAF St Athan on Battle of Britain days crawling through Lancasters, Gloster Meteors etc at his workplace.

Bill Peirce joined the Royal Naval Air Service in 1917 (which then become the RAF) and served until the mid 1950's. Bob lost his natural father in WW2.

Other interests included Toastmasters with several years as District Treasurer (when Association Secretary Chris Veitch was the District Governor), and membership of the Australian Light Horse who are a re-enactment group.

Gillian, his wife for the past 30 years, and he went to Israel to cross the desert over 3 days culminating in the Charge at Beersheba. They live on acreage with horses, within earshot of the Richmond RAAF airbase. 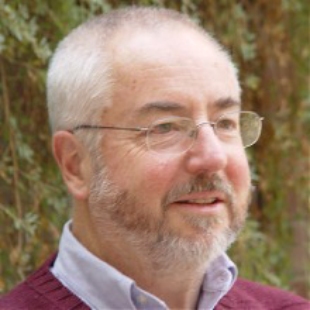 Harvey boasts a distinguished 26 year career in the Australian Antarctic Division, spending 10 years at the helm of the Australian Antarctic Biology Program. He worked with the Japanese and US programs, and lectured and worked as a guide in the Antarctic tourism industry. On retirement, he moved back to his academic roots as a Visiting Fellow at Australian National University for a further 7 years and is still working as a lecturer. Besides ANU, he also worked at the University of Colorado, University of Sydney, spent a year as a Senior Fulbright Scholar at University of California and twice spent several months as a Visiting Professor in Japan's National Institute of Polar Research.

To his role in the Spitfire Association, Harvey brings his years of academic research grants experience gained on the Biosciences and Biotechnology Group of Specialists of the Australian Research Council.

Harvey has published 150 scientific papers and is a published author. He was a Lead Author of the 1995, 2001 and 2007 Scientific Assessments of the Intergovernmental Panel on Climate Change (IPCC). In 2006 he was awarded the Royal Society of Tasmania Medal.

Harvey also gives his time to the Canberra Wine and Food Club, having served as President, Vice-President, Cellarmaster and general member over the years. He enjoys woodworking, flyfishing, travel and getting off-road in his 4WD.

He is married to an excellent cook and has two adult sons. 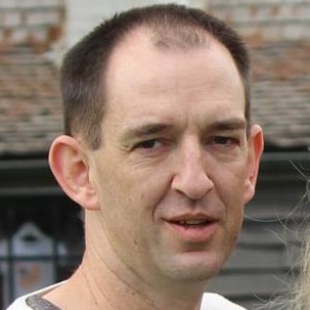 Phil is a serving RAAF member of 20+ years. He has a wide-ranging career within the Communications and Electronics mustering spanning Air Traffic Control systems, Deployable Communications & Information Systems and Operations Cells. He later moved into an RF Spectrum Management and Cyber Planning role within Air Command, where he is currently posted. He is studying a Masters of Cybersecurity through Australian Defence Force Academy, with a plan to move into a cybersecurity role within the Air Force.

Phil has always enjoyed coding as a hobby. Over the years, he has played with a dozen languages, starting with C64 Basic and Pascal right through to his now preferred PHP/HTML5. He has regularly given his time to various small school and Scout projects before coming on board with the Spitfire Association in 2017.

Phil is married to his dear wife Michelle, and is readjusting to life now all his children are adults. When not working, he enjoys cycling, gardening, relaxing in the spa and getting stuck into the next DIY project. 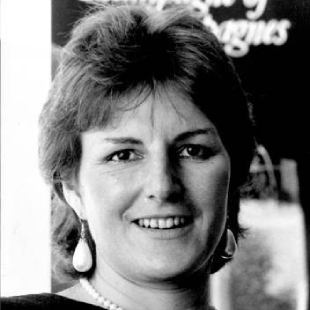 The elusive Denise has been a stalwart of the association for many years. We'll have her bio up soon. 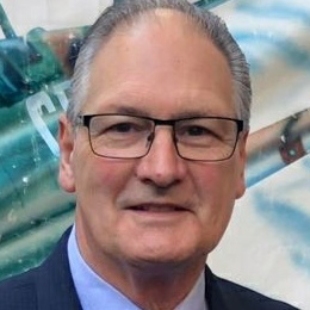 Leon has been recently elected to the Spitfire Association committee after being a member for many years.

His interest in the association began when Leon's wife Tracey had the privilege of escorting her then 88-year-old father and WW2 Spitfire pilot Joe Barrington, with 14 other former Spitfire Pilots, to the RAF St Clement Danes Church commemoration in London in 2009. Joe was with 451 Squadron and flew 55 missions over Britain, Europe and the Middle East. Tracey found it an incredibly moving experience to see the pilots reunited, honoured by the RAF and able to reminisce their shared experience of their war campaigns through the tour.

After this trip Tracey and Leon accompanied Joe each year to the Spitfire Association ANZAC Day luncheon. This is when Leon took a greater interest in the work of the Association and the Spitfire Memorial Defence Fellowship.

Leon has had a long career in the Retail Flooring industry which began after graduating in the late 70's with a Business Studies degree in Marketing. Other than a short 6 year stint with the manufacture of golf clothing, he is still an active businessman with a busy flooring retail outlet.

Outside work he finds time for his other interest - a lifetime in the Scouting movement. Scouting allows Leon to promote his love of the outdoors and his enjoyment for bushwalking, camping, rockclimbing, abseiling and canoeing. Today he is the Group Leader of the Rose Bay Scout Group. Leon has been an active Adult Leader for the past 17 years and believes in the importance of Scouting in promoting leadership, initiative and resilience in today's youth.

Leon & Tracey have 3 children and 2 grandchildren. 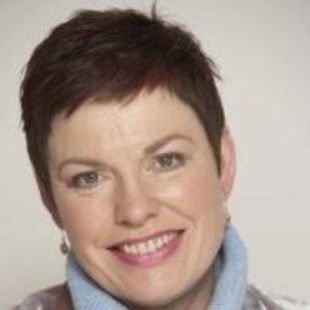 Imogen has only just joined us, bringing to the committee a strong background in Human Resource Management. Look out for her biography in the near future. 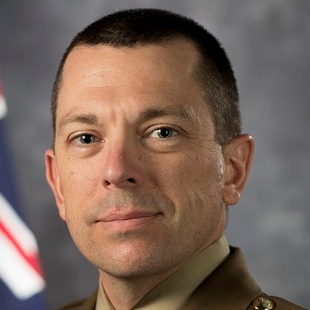 LTCOL Keirin Joyce is jokingly described as 'unhealthily compulsive' on the topic of UAS/Drones.

He is an Australian Defence Force Academy graduate with an Honours Bachelor of Aeronautical Engineering. LTCOL Joyce has spent the last 14 years in support of the ADF Unmanned Aerial Systems (UAS) capability including deployments to Iraq and Afghanistan.

Keirin is a Chartered Professional Engineer, holds a Masters in Aviation Management (specialising in Human Factors), a Masters of Aerospace Engineering, a Masters in Military and Defence Studies, a Graduate Diploma in Secondary Education (Mathematics) and he is currently researching part time as a Doctorate of Philosophy student through ADFA. In support of his Doctoral studies he was awarded the 2009 Spitfire Memorial Defence Fellowship and the 2014 Chief of Army Scholarship.

Keirin joins the Spitfire Association committee in 2020. He is married to Rachael and they have four children.