Robert was born on the 6th of October 1922 to Arthur and Loiusa Quine of Norman Park (Brisbane). Robert is remembered on Panel 11, Column 2, of the Malta Memorial. Sergeant (Sgt) R. Quine of Brisbane, Qld (at the cockpit) and Sgt R. O. Patterson of Melbourne, Vic, who are pilots in 152 Spitfire Squadron; before setting out on a sweep. 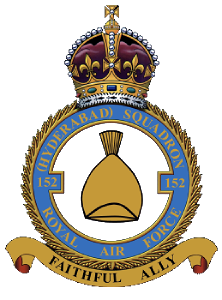 No 152 Squadron was formed on 1 October 1918 at Rochford as a Camel night fighter unit and in mid-October moved to France to defend Allied Bases against enemy night bombers. The...