Arthur was a native of New South Wales.

Served with No 242 Squadron July – August 1942, then repatriated to Australia.

Posted to 79SQN at the end of his tour. Second tour of operations with No 79 Squadron RAAF, from May 1945 until the end of the war. Learn more about the squadron/s in which Arthur served. 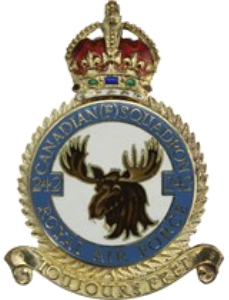 On 30 October 1939, No 242 Squadron reformed at Church Fenton as a fighter squadron and initially had a large number of Canadian personnel on strength. In December it received B...