Ron Cundy first felt a spark of determination to become a pilot after viewing the landing of an aircraft with two pilots at Moonan Flat sixty kilometres North East of Scone, when he was just six years old.

At eighteen years of age Ron attempted to persuade his parents to allow him to join the RAAF. It was only after some months that they accepted this and he was then allowed to enlist as an aircrew trainee under the Empire Air Training Scheme 14th Oct 1940.

Initially posted to Bradfield Park and then to Narrandera for Elementary Flying Training on Tiger Moths, he set sail on the liner Awatea on his nineteenth birthday bound for Canada with a large contingent of aircrews.

After further training, on North American Harvards Ron was awarded his coveted wings and became a Sergeant Pilot. From there he went to England for operational training on Hurricanes before being posted to 135 RAF stationed at Honiley near Coventry.

His first action was in the Middle East where he joined 260 Squadron RAF just prior to the battle known as Crusader in which the 8th Army drove the Italians out of Egypt and well into Libya. Ron's squadron was known as the Desert Air Force whose job was to support the 8th Army. It had a multi-function role, including fighter patrols to stop the enemy from bombing our forward troops, as bomber escorts on raids into enemy territory, the dive-bombing of enemy installations such as airfields, and the strafing of enemy encampments.

The army was preparing to push further into Libya, perhaps as far as Tripoli when a marked change occurred with the introduction of the German Afrika Corps, commanded by Erwin Romel, into the conflict. In short order the British were dislodged from their position in Agadabia, and were forced to retreat some hundreds of miles to a line running from Gazala (fifty miles from Tobruk) on the Mediterranean coast to a fort at Bir Hacheim. Ron and his squadron moved to position South and East of Tobruk and continued with their operations.

After a period of building strength by both sides the Germans took the initiative and struck first in June 1942. Despite the army's best efforts and constant attacking of the enemy's advance by the air force the Afrika Corps exerted great force on the line and swept around the Southern flank of the British army. The line was forced back to a position running from El Alamein on the coast to the Quattara Depression to the South, and the air force back to landing grounds generally in the vicinity of the Alexandria-Cairo road. Air operations were continued as before.

Ron had a great surprise when his father Captain George H. Cundy M.C. came to visit; a thrilling re-union for both. His father had served in 1st Light Horse Regiment on Gallipoli and in Palestine in WW1 and joined the 2nd A.I.F. in May 1941. He was initially involved with training new recruits and then became a Voyage Officer escorting troops overseas including Singapore and the Middle East.

He visited Ron when he was with reinforcements for the 9th Army. Somehow he was able to find Ron's squadron and stay for a few days. The two were reunited after the Squadron Commander sent a truckload of men to find the missing son. During this time Ron was grounded and the C.O. explained to him.

"Do you think I want a distraught father on my hands if you get shot down?"

Following the Battle of El Alamein he continued flying with the squadron until completion of the mandatory two hundred operational hours, at which time came another surprise. Although officially posted to Group HQ as a controller Ron was given the task of retrieving a Heinkel 111 (a German twin engined bomber used extensively in the Battle of Britain). The retreating Germans had abandoned it on Derna Aerodrome. With the assistance of a very experienced U.S. Air Force Pilot he succeeded in getting the plane back to where the squadron was based, from where it was used for transporting refreshments from Alexandria to his squadron and Group Captain.

Ron continued this pleasant occupation until being posted back to Australia, transported back on the Queen Mary to Freemantle on his 21st birthday. Sometime later, after arriving back in Sydney and being quartered at Bradfield Park he rang his father at the Victoria Barracks. Straight after the initial greetings his father said "congratulations", but as he already knew about his promotion to Flight Lieutenant, Ron was confused and asked "why?" and his father replied "your decorations". Ron knew nothing of this and his father told him that he had been awarded the D.F.C., D.F.M. and M.I.D at which point Ron nearly dropped the phone, having expected nothing at all.

The D.F.M. was awarded for his participation in various operational duties with outstanding gallantry and devotion to duty, undeterred by difficulties and hardships. The D.F.C. was awarded for exhibiting outstanding tenacity and gallantry including during a November 1942 attack on an enemy lighter in the vicinity of Tobruk. He showed great coolness and determination when bombing and sinking the ship. He also shot down five enemy aircraft during his service.

Following a short period of leave he was posted to No.2 Operational Training Unit at Mildura as a flying instructor and then after six months as a Flight Commander in 452 Squadron flying those magnificent Spitfires. This posting was uneventful as Japanese attacks had already ceased. He was finally posted to No.8 Operational Training Unit at Parkes as a flying instructor after twelve months and discharged 2nd October 1945.

Ron standing by his Kittyhawk, with his father Captain George H. Cundy MC 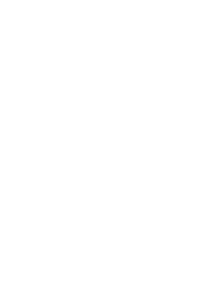 On 15 August 1941, No. 135 reformed at RAF Baginton with Hurricanes and became operational on 3 October for a month. The Squadron then moved to India arriving early in January t...